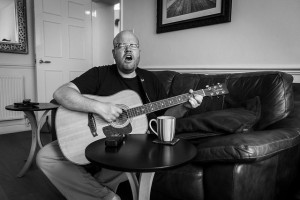 In this article, we consider the eternal debate. Lyrics or melody – which is more important? Which one should you be putting more effort into? Find out.

When it comes to songwriting, there are about as many approaches as there are songwriters.

You can express your creativity in a variety of different ways, but having songs that really showcase your talent and personality will give you a boost of confidence as an artist.

Some say rhythm is the most important thing. Others might say lyrics or melodies. Still others might point to chord progressions or harmonies.

In this article, we’re going to consider whether lyrics or melody are more important to a song.

The Melody Over Lyrics Approach

This approach to songwriting is probably best embodied by the late and great Kurt Cobain.

Grunge music carried a rebellious spirit with it, and it was clearly a backlash to the Hair Metal and Power Ballads that dominated the airwaves throughout the 80s and early 90s.

Musically, Grunge was simpler, edgier, and had a little bit of the don’t-care attitude Punk music was known for.

So the lyrics were also more abstract, and that was a stark contrast to the popular music of the 80s, which often contained direct and overt messages.

The melody is the hook of a song, and as such, this type of songwriting forces you to put your energy towards creating memorable melodies instead of witty lyrics.

The Lyrics Over Melody Approach

Bob Dylan is a very accessible example of a lyrics over melody style artist.

Intended or not, Dylan was a brilliant songwriter who didn’t pay quite as much attention to the musicality of a song in relation to the message of the song.

In fact, he eventually adopted a mumble-sing approach, which made it a little harder to understand what he was saying. But most of all, this did not translate into Poppy melodies.

There are plenty of great songwriters out there, but not all of them emphasize lyrics over melody. Some of them have found a meaningful balance that allow them to showcase both their melodic sensibilities and wordsmith techniques.

Maybe a song isn’t so much about the lyrics or the melody as much as it is about the overall experience you create through it. If this thought resonates with you, perhaps your songwriting philosophy requires a bit of compromise.

Artists like Elvis Costello churn out songs that are catchy enough to be memorable, but also turn clichés on their head and make use of extended metaphors to spice things up lyrically

To some extent, this approach would also be represented by the New Wave music movement in the late 70s and 80s. It was clever, a little poppy, but also somewhat abrasive.

A lot of New Wave bands were very intelligent in their songwriting, but the sound that severed as the backdrop to the music was dominated by dry, twangy guitars (similar to Country or Surf music), drum machines, and early synthesizer sounds.

Both Fountains of Wayne and They Might Be Giants are bands that somehow manage to find the perfect balance of memorable melodies with clever, thought-provoking lyrics.

This can be hard to achieve, quite simply because your lyrics may not follow a specific rhythmic pattern or rhyming scheme. Meanwhile, you still have to think about creating a catchy melody to go along with the words.

However, when it’s done right, this approach can produce some incredible songs.

Lyrics or melody: in the end, is there really a right or wrong answer?

A great song is the combination of many elements; melody, harmony, rhythm, lyrics, and so on. When these elements come together as a meaningful whole, it isn’t necessarily the strength of one part or the other that makes it great; it’s a mixture of everything.

Why not experiment and try different approaches? Find a way to say what you want to say through your music!